Travel: an unforgettable day inside the best spa in Europe, at the Four Seasons Hotel George V Paris 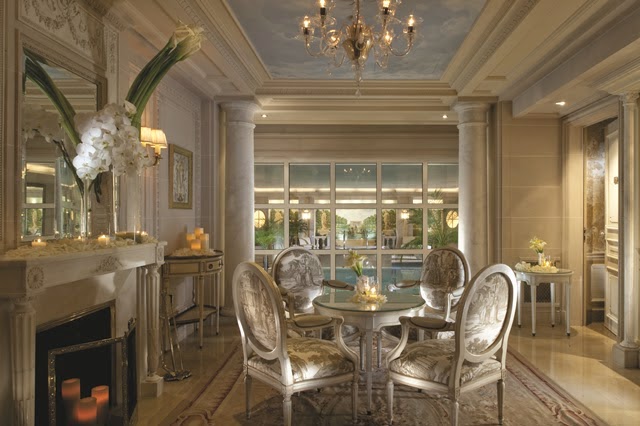 Earlier in July, it was named the best European hotel spa by US magazine Travel & Leisure… And the less I could say is that the spa of the Four Seasons Hotel George V, that I tried a few weeks ago, deserves the distinction.

If
visiting the Four
Seasons Hotel George V Paris is already a privilege, words cannot
describe how even more privileged you will feel at the spa. Located in the
hotel basement, you are transported in yet another world and time the minute
you step in: every detail will make you feel like you are inside a boudoir fit
for a King – or Queen – and  none other than Marie Antoinette,
s’il-vous-plait J.

With
pastel colors all around, toile de jouy fabric and, most importantly, a
breathtaking pool surrounded by trompe-l’oeil Versailles inspired decors, I was thoroughly conquered by the
whole experience… The spa decor of course, but also the ambiance, the service
and most importantly my facial treatment.

Among the 3 brands available at the Four
Seasons Hotel George V spa (with French brand Carita and Australian Sodashi), I
chose Swiss Perfection – exclusive in France to the George V.
A vegetal Cellular Cosmetic Line,
Swiss Perfection was created by the father and son who created
world famous brand La Prairie ! Swiss Perfection was born from the discovery of
Swiss cell offering superior potency and anti-aging effect, in the root of the
Iris Germanica. 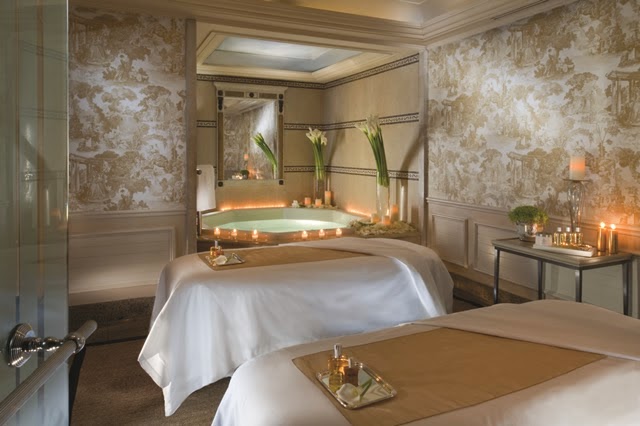 Aimed at improving cellular regeneration
and deeply rejuvenate the skin, all Swiss Perfection treatments at the Four
Seasons Hotel George V spa use the brand’s anti-aging trans-dermal
system : a sophisticated machine using electric power to boost the
treatment’s effects.
After an hour of Swiss Perfection’s
men’s cellular treatment, I almost felt like a different person, as I realized
while making the most of one of the spa’s relaxation rooms : a definitely
and undeniably glowing skin, no more signs of fatigue after the busy week I had
had… Now I know why people staying at the Four Seasons Hotel George V Paris
always look picture perfect ! 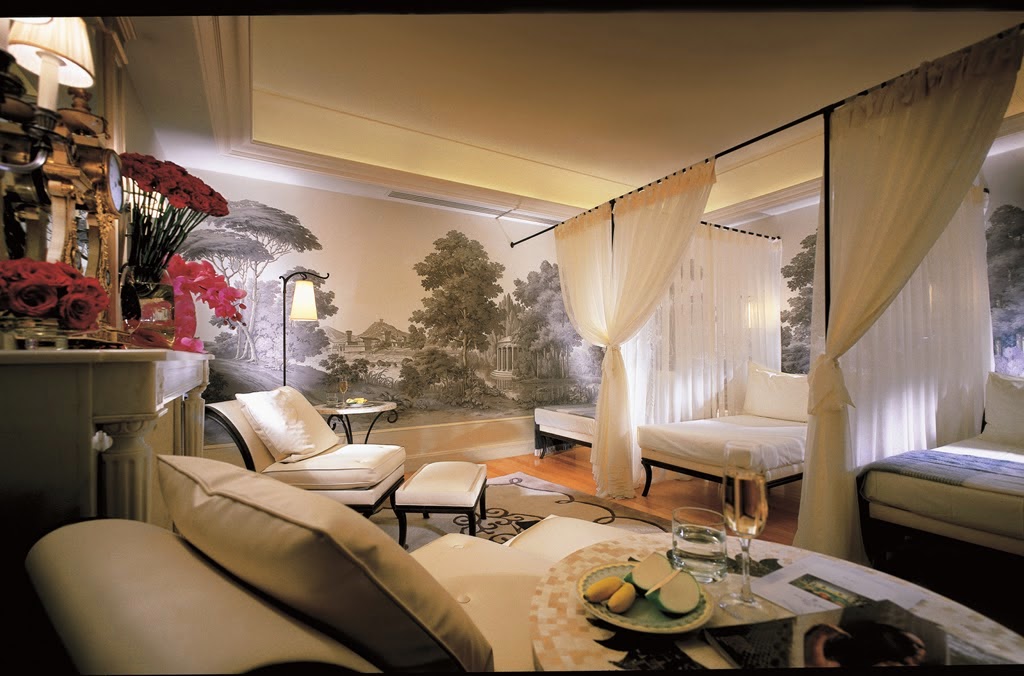